The hit toy line rolls out on Target shelves this August 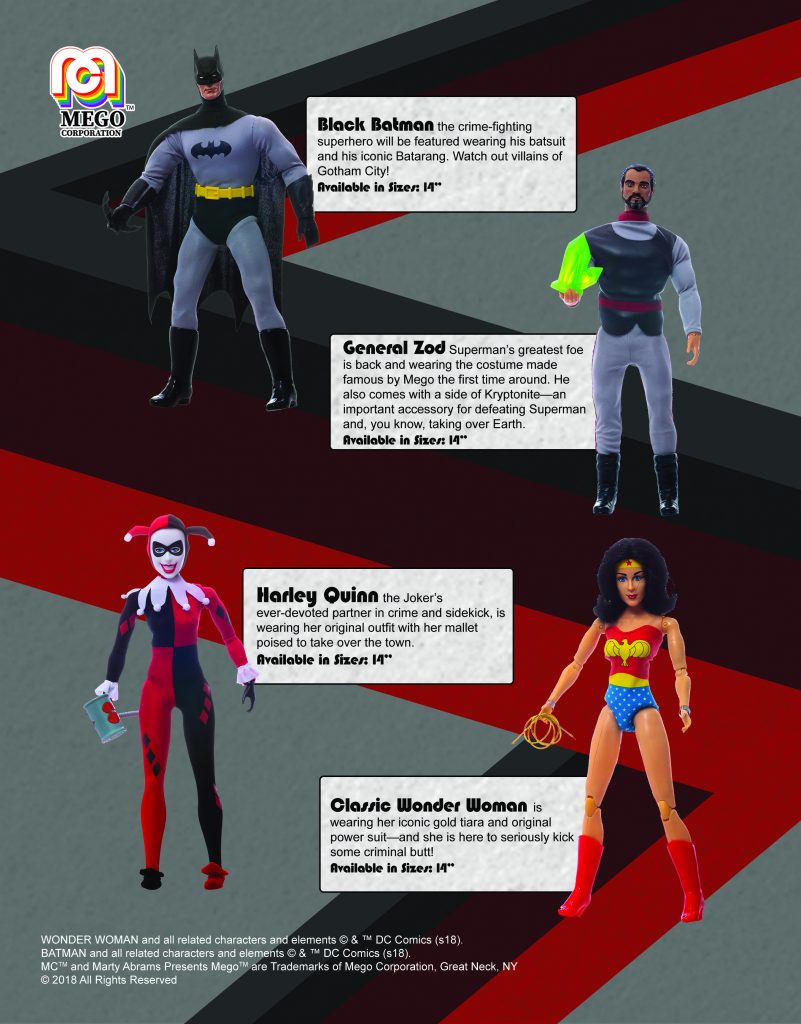 New York, New York – July 20, 2018 – Mego Corporation is revealing its first wave of Mego action figures, which will be available exclusively at Target this August. Marty Abrams and Joe Namath will be at San Diego Comic-Con to unveil the first wave of figures, and Comic-Con guests will have a unique opportunity to purchase a limited number of the new action figures before they launch at Target. All items will be signed by Marty Abrams and Joe Namath.

The first wave of characters includes: 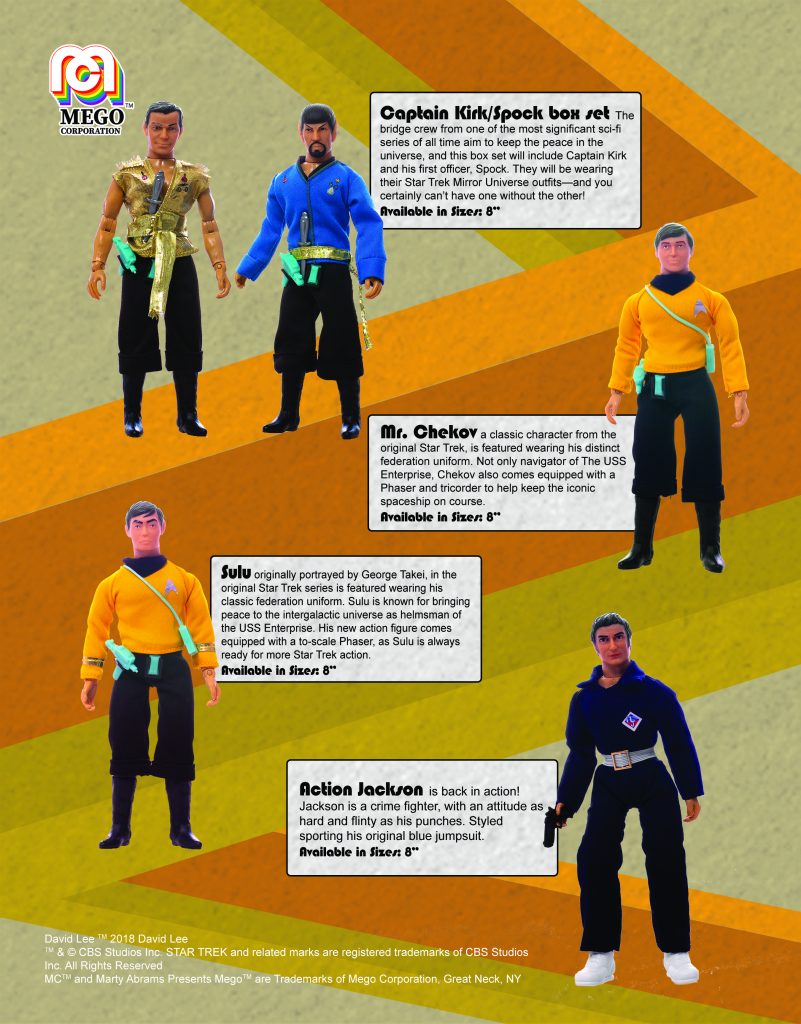 Mego Corporation was founded in 1954 and became the first company to make action figures based on TV shows and comics superheroes. Led by Marty Abrams, Chairman of the Original Mego Corporation and the godfather of the modern-day action figure, the company continues to successfully build on its history as an innovative leader in licensed Action Figure Toys and Toy Products for the United States and International Markets. Mego Corporation has established its headquarter in Great Neck, NY, with manufacturing facilities in China and Mexico.